Today Amazon Quiz 5 June 2020 Answers is Live Now. As you may be aware that Amazon has launched the quiz system. If you answer correctly, you are given a prize from Amazon.

If you also want to play today’s Amazon quiz, then we have answered all the questions below.

Q1: Neeraj Chopra, recommended by the AFI for the Rajiv Gandhi Khel Ratna award, is associated with which event?

Q2: The digital rights of which of these movies was recently sold to an OTT platform for a staggering sum of INR 125 crore?

Q3: Which 13th century Indian temple will be solarised soon under the Central government scheme?

Q4: Which Indian organisation made the ‘NavRakshak’ PPE kit ?

Q5: Tsai Ing-wen was re-elected to a second term as President of which Asian country? 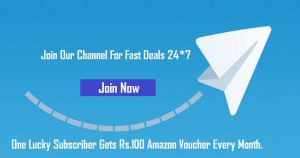